Android Nougat 7.12 for Allwinner H3 single board computers like the Orange Pi PC

I recently purchased an Orange Pi PC and I have spent the last couple of weeks playing around with different operating systems for this low cost mini computer.

For it’s price (around £15 delivery from China) the Orange Pi PC packs quite a reasonable specification, it has 1GB of DDR3 RAM, a quad core Allwinner H3 CPU, 3 USB ports, 10/100 Ethernet, and a 40pin GPIO header.

There is no onboard storage so you have to boot from mini SD card to get any OS onto the Orange PI. Although there are plenty of operating systems to download from Orangepi.org I found that most of them are out of date or in the case of the Android builds which they have a Android 4.4 and Android 7 beta they are in Chinese and don’t come with Google apps installed. And in the case of Android 7 I struggled to get it to run stable.

I had tried a community build of Android 4.4 Kitkat called H3droid which was in English and had Gapps and worked quite well. But Android 4.4 is quite an old version of Android now and I expect soon app developers will stop supporting these old Android versions which will limit the number of apps you can run.

I therefore decided to try to download and flash it onto an SD card and test it on my Orange Pi PC. This proved to be initially quite difficult as it requires using the Phoenixcard software to flash the image, and this software only works under Windows and many users report difficulty in getting it working.

I was one of these people who struggled with Phoenix card software trying to flash the image on to a SDcard using a Windows 10 PC. The Phoenix card software installed Ok with no error messages but following the instructions on using the software I received an error ‘load cardtool failed’ whenever I tried to write the image to the SD card.

I was having difficulty finding a solution to the Phoenixcard error load cardtool failed. I knew that the SD card or USB to SD card adapter were not faulty as I had successfully burned other images for the Orange Pi using Etcher.
I did eventually resolve it thanks to a posting on a forum which advised to install the Microsoft Visual C++ 2008 Redistributable Package (x86). After this software was installed and I ran Phoenix card tool again it flashed the image without an issue. So if you are experiencing issues with Phoenix card software then I advise installing the Microsoft Visual C++ 2008 Redistributable Package (x86). before you start trying different SD cards or thinking the download is corrupted.

Once the image was flashed onto the SD card I proceeded to boot up my Orange Pi PC with it, initially boot did take a while (probably about 5 minutes) but obviously that will depend on the speed of your SD card. Once it has booted up it will come up with a customised Android home screen. (see below) 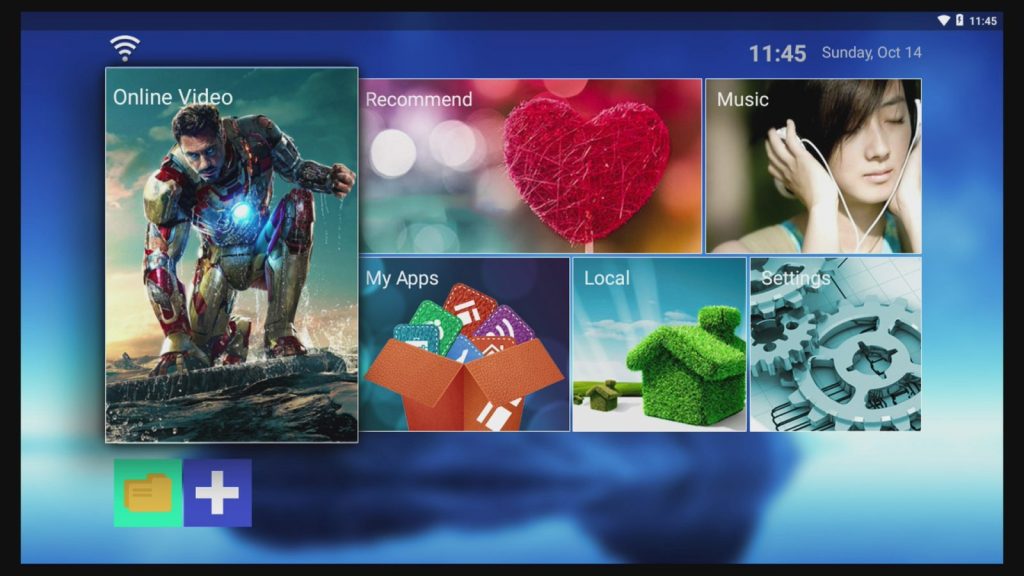 The software pre-installed on the image is pretty basic, You get Google Chrome, Firefox, Netflix, Miracast receiver, Music app, KDplayer which is a build of Kodi 17.5, a File manager and Youtube. But it does have the Google Play store so you can download other apps. And although I did have a couple of apps say they were not compatible with the box most of the apps I have tried installed ok.

Although the software works well on the Orange pi it is not quite perfect and there were some issue I noticed during my testing.

If you want to try out the Android 7.12 build on your Orange Pi PC you can download it here